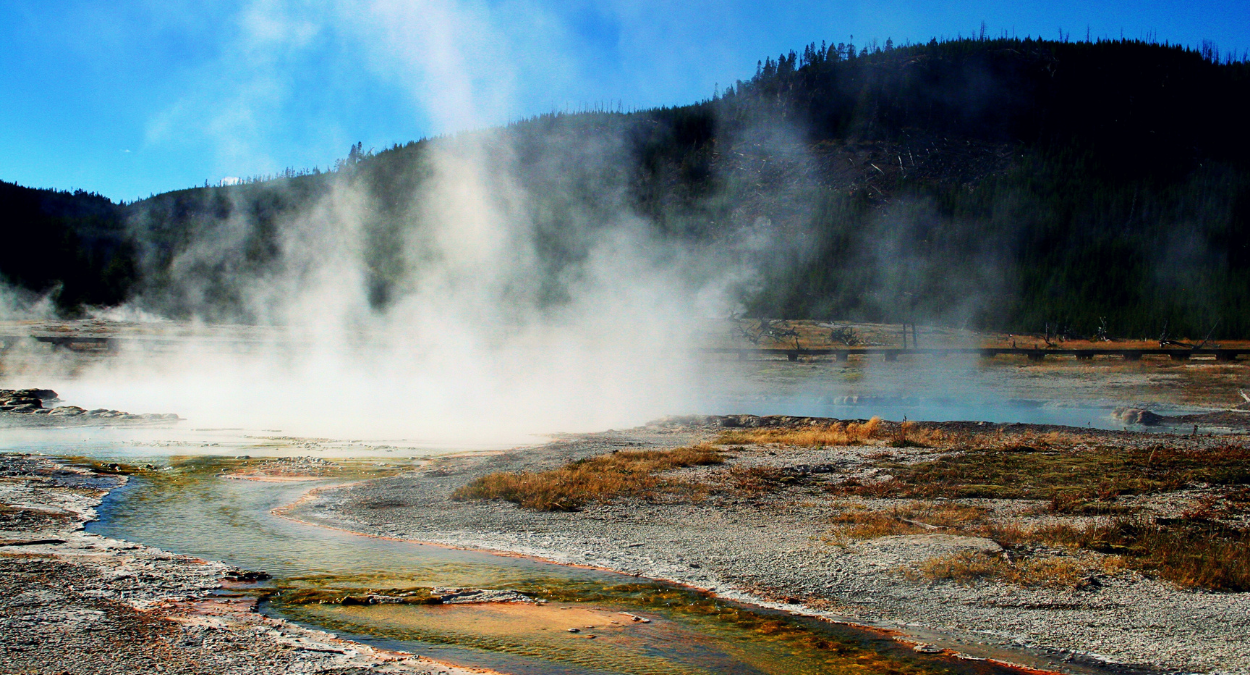 The inability of renewable energy to provide baseload power remains a challenge with some smart solutions in the pipeline like battery energy storage (BES) or hydrogen.

Another option could be to take advantage of the second oldest energy source known to humanity – Geothermal Energy.

Geothermal energy is the heat derived from the sub-surface of the earth. It is contained in the rocks and fluids beneath the earth’s crust and can be found as far down as the earth’s hot molten rock, magma. Consequently, this form of energy is the same age as the earth itself and will continue to be around for some billion years.

Depending on its characteristics, geothermal energy can be used for heating and cooling purposes or harnessed to generate clean electricity. However, for electricity, generation using high- or medium- temperature resources are needed. These are usually located close to tectonically active regions, as seen in Iceland.

Geothermal energy today does not account for a large percentage of electricity generation. But we think this technology is underappreciated and can have an impact in the future.

There are three types of geothermal power plants: (i) dry steam, (ii) flash, and (iii) binary:

In 2016, the global installed capacity of geothermal energy accounted for 12.7 GW. In 2015, geothermal power plants generated approximately 80.9 TWh or 0.3% of the worldwide electricity demand.

The main advantages of geothermal energy are that it is not dependent on weather conditions and has very high capacity factors; for these reasons, geothermal power plants are capable of supplying base-load electricity, as well as providing ancillary services for short and long-term flexibility in some cases.

However, some drawbacks to the energy source exist. Despite low CO2 production, geothermal has been associated with other emissions like sulphur dioxide (the smell of burnt matches) and hydrogen sulphide (the odor of rotten eggs).

Another risk associated with geothermal energy is the possibility of resource depletion; meaning that sources can cool down or reduce the flow of steam, making it impossible to harvest enough heat off the wells and turning the economic feasibility to a disaster.

Such a situation has happened at the Geysers geothermal energy field in California, US. In the late 1980s, it has been found that the flow of steam across the geothermal area has been reduced with the water reservoir not recharging quickly enough to meet the steam requirements. Since then, the operators have to inject a total amount of 18 million gallons of treated wastewater every day to maintain the operation of the 18 power plants. Despite those drastic measures, some power plants couldn’t be supplied with enough water and had to be shut down due to inefficient operation.

Still, the remaining power plants in operation provide 20% of the electricity demand of California and are considered as one of the most reliable energy sources.

To avoid the risk of resource depletion, one has to access magma reservoirs as a heat source directly, but the technology for doing so is still in the process of development.

Similar to fracking, geothermal power plants have been the cause of mini tremors in the area they operate in, and also have a high initial cost to build. The resource is also described as “the most location-specific energy source known to man” due to its reliance on tectonic plates of the earth’s crust.  As such, it is limited to about 20 countries.

What are your thoughts on this power source?